Long long ago...in a galaxy far far away...(just kidding)...but waaaaay back in 2001, I found a greeting card among my hoard of art clippings from newspapers and magazines. On it was a pretty painting called "Baba and Billy" (The artist's younger daughter, Vivian) from 1920 by Scottish artist John Duncan (1866-1945).


Well, this little beauty inspired me that year to paint my own version as a sort of practice with soft pastels. 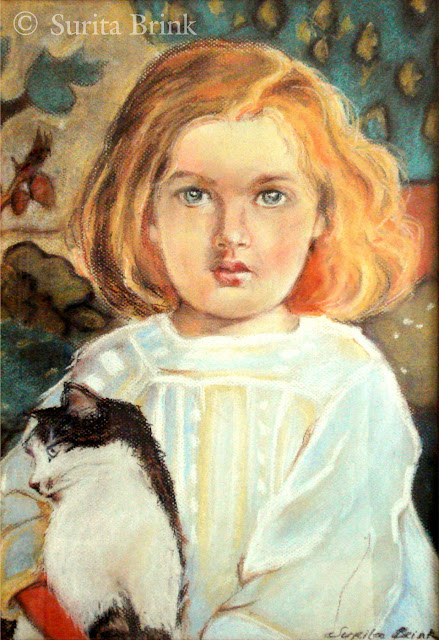 To personalize my version of the painting a bit more, I changed the black cat (as seen in the original painting) for my sweet black and white fur baby at the time, "Boeta".

"Little Redhead & Cat" has been my favorite piece ever since then, even though it technically isn't 100% original, being a sort of copy and all.

Some years after that, I had a desire to make an artwork in the same style and the idea came to me to update Little Redhead & Cat and paint the little girl as a young woman all grown up. But I kinda lost my mojo, if you will, 'cause it didn't turn out so good. 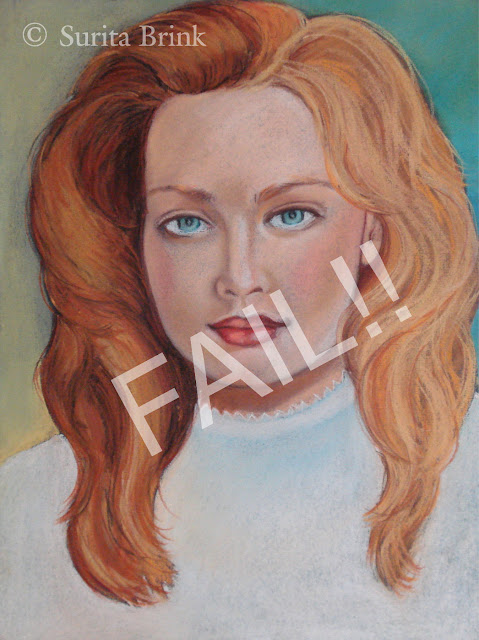 I was so disappointed about my failure that I filed the attempt away with the rest of the castaways in the back of a cupboard, because I just couldn't look at it. It stayed there, hidden from my sight...for a decade.

Then last year I started sorting through all my old art & drawings in order to document them (by photographing or scanning each one) before chucking most of them. The main goal being to get rid of the old to make space for the new. Declutter and simplify and all that. It sounds simple, but if you have a bit of a hoarder in you, it's easier said than done. Going through each item just ignited the desire to revive those old failed ideas. I thought to myself: "Well, I've grown as an artist since the time I worked on those ideas, maybe I have it in me now to actually make something out of them, or at least finish the unfinished, which would feel like an accomplishment in itself."

So coming upon my failed attempt of a grown-up version of the little redhead, I tackled it as a test. I had nothing to loose, if I failed again it would just make it easier to get rid of the thing. But if it worked out, boy would I be pleased!

And I am glad to report...I am well pleased with the grown-up version of the little redhead. Everything came together this time. The old idea had a bit of a rest and at the right time was brought back to glorious life! (A bit melodramatic...but anyway...) 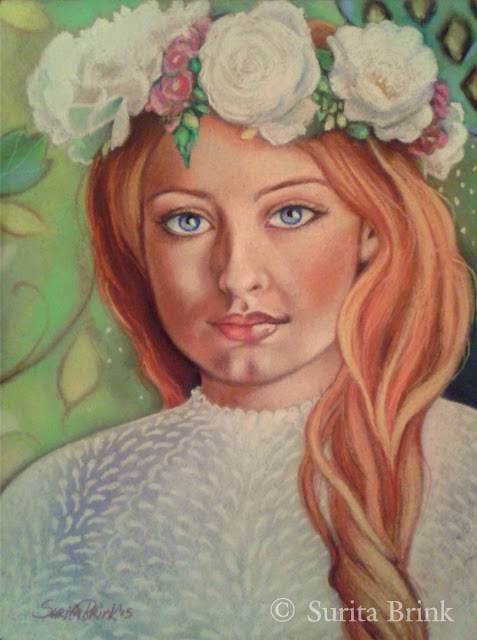 Let me tell you, I had a lot of fun doing this and can't wait to give new life to a few of the other "failures" waiting in the wings.

I just love it. I didn't know this was the story behind the little red head. Now that I know, I love them both even more. It is a center piece in our home and has been for so long. We just have to frame the grown-up version too. She is mesmerizing!

Surita... first time visit to your blog... your art is amazing... I only wish I could paint like that.... wishing you and Ansu loads of success with your Ivytree Studio Venture.

Surita Brink
Welcome to my 'lovely & beautiful' blog where everything is (hopefully) made ‘belle belle’! I’m an artist, illustrator, avid crafter and lover of all things…lovely and beautiful of course . Thank you for visiting this little corner of my world and may you be greatly blessed while you're here! 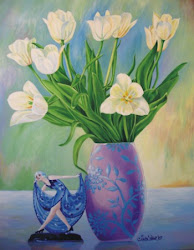 Which Austen Heroine are you?